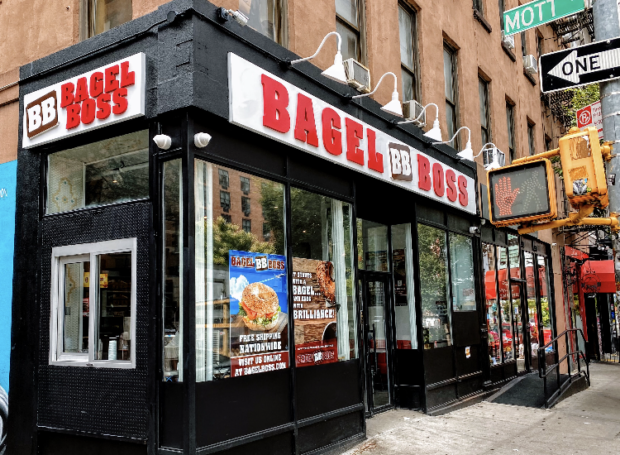 Bagel Boss owner-manager, Alex, tells us that it’s been busy since opening day. But that their launch came with a bit of an unwelcomed intrusion. The new spot was burglarized sometime overnight… And as it turns out, through the same storefront window, and allegedly by the same culprit, who broke into Oddfellows during the pandemic shutdown. With the aid video surveillance, cops nabbed the robber – who only made out with some petty cash – outside the CVS across the street later that day.

But like a true New Yorker, Alex took it in stride and appeared eager to please locals as well as customers already familiar with their brand.